“Action may not always bring happiness, but there is no happiness without action.”

Fear has a pivotal role in the human condition, it keeps us alive. From viral outbreaks to natural disasters, the fear of impending danger is a sensation that has allowed humanity to survive even the most perilous of circumstances. It refines our thinking, heightens our awareness, and makes us feel vulnerable.

While this vulnerability is uncomfortable, fear is a sensation that has functioned as a call to action throughout our evolutionary history. It has a purpose, it is needed, and if used appropriately, it can be a tool for reflection as well as the enactment of virtuous behaviors within ourselves.

The stoic philosophy, in times of great fear and panic, can center those who find themselves unable to find virtue and positivity in their perception of the world. Jocko Willink, a retired US Navy SEAL officer and co-author of “Extreme Ownership: How the US Navy SEALS Lead and Win,” has had plenty of experience in executing plans despite deep, paralyzing fear.

His career as a Navy SEAL officer did not provide space for inaction, there was no option but to carry-on. Through direct action and facing your fear, according to Willink, fear will be managed as your mind gears itself toward responding to what is right in front of you, but it all starts with one step forward.  Your actions will lead to a different interpretation of your fear. Fear exists as a tool, it is your interpretation of it that tool that results in either a fight or flight response. With practice, however, a constructive interpretation of fear will soon be your mind’s default setting.

“… there is nothing either good or bad, but thinking makes it so”

“If you are distressed by anything external, the pain is not due to the thing itself, but to your estimate of it; and this you have the power to revoke at any moment… You have power over your mind — not outside events. Realize this, and you will find strength.”

To some, that may sound oxymoronic, but the reality is stoic optimism puts the power back into the hands of the beholder. There is an ancient story that describes how the Buddha taught his students to remain calm despite great external forces acting against such perception. In fact, the external force that impedes you is the path of the greatest discovery, which is further developed in Holiday’s “The Obstacle is the Way.” The story begins with the Buddha questioning “If a person is struck by an arrow, is it painful? If the person is struck by a second arrow, is it even more painful?” After some deliberation with his disciples, the Buddha reminded them that in life, the first arrow is not something we can control. Forces that we have no influence on may harm us, but once the initial sting is over, our mind’s eye can control our response to similar challenges. As we face more of these challenges, our response to them becomes better, and we find ourselves more suited to face each novel impediment head-on. Legendary hedge fund investor Ray Dalio, the founder of Bridgewater Associates, presented this concept rather succinctly: “Pain plus reflection equals progress.” The more iterations of this cycle one experiences, the better equipped they become at managing challenging situations.  Action and optimism in the face of fear and uncertainty will eventually become the default. However, the first step in all of this is recognizing the source of fear within yourself, at its most principled and fundamental level.

Historical Example of Calm in the Face of Fear

“We have, I think, a very rigid and limited definition of what an advantage is. We think of things as helpful that actually aren’t and think of other things as unhelpful that in reality leave us stronger and wiser.”

“All we need to do is those three little duties—to try hard, to be honest, and to help others and ourselves. That’s all that’s been asked of us. No more and no less.”

In 165 A.D. Marcus Aurelius found himself managing the deadliest plague to have ever attacked the Roman Empire. In times of great difficulty for the empire, the people of Rome looked to the emperor for guidance and assurance. Aurelius, an accomplished civic and military leader by this time, used the plague as an opportunity to practice the stoic philosophy both within himself and with his people. To say that Aurelius—having braved lengthy and violent war campaigns— was without fear is a deeply naive evaluation. His empire was under attack by an unseen enemy, but his life had trained him to respond and act in the face of fear.

He told his people to remain calm: “All of this has happened before, and all will happen again.” He could not control the plague, but he could control the response. He stayed in Rome despite nearly all of the upper class having left the capital in fear of the plague. As a strong business leader would respond in a crisis, he listened to the advice of his advisors and he empowered people to make decisions.  He put the best doctors in charge, he conducted a sale of imperial treasures, and he tried to instill a stoic disposition in his people. He had the tools necessary to respond to a great crisis despite having no experience in managing plagues, for he had practiced action in the face of fear and uncertainty all his life. This practice allowed him to find inner peace even on his deathbed, where he comforted his advisors and reminded them to maintain a philosophical mind during the tumultuous time. To fight fear, you must practice. To fight fear, you must act. To fight fear, you must help those around you. Evaluate your perceptions, and move forward.

“ A disease like the plague can only threaten our lives, but evil, selfishness, pride, hypocrisy, fear, this attacks our humanity.

As COVID19 continues to instill fear into the masses.  You as a business leader can remain a calm pillar in your community and in turn, reflect a sense of peace on those you have influence over.  For more tactile ways of remaining “cool under pressure” reach out to Corpsava for a discovery call. 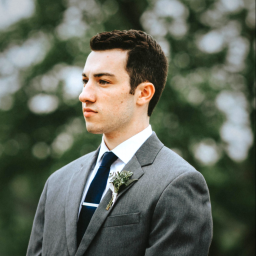