It is asked whether, in fact, the leader makes propaganda, or whether propaganda makes the leader. There is a widespread impression that a good press agent can puff up a nobody into a great man.

Traditional approaches to marketing used to be deeply resource and capital intensive, but it was a necessary evil in the development and growth of any company or product. Those seeking to advertise something would usually not bring a marketer onboard until after a product was created, at which point a marketer would plan a huge launch event that typically involved press releases, as well as massive ad buys, that required rather hefty advertising budgets. After that, it was pretty much just a waiting game where people would hope for the best. Such risks can no longer be taken today. New marketing tactics rival the results of traditional methods, often cost less, and have better results than legacy approaches

What is an influencer

We no longer need to come into contact with the things that influence our thoughts, beliefs, and values. Every facet of daily life that can be digitized is now becoming so, and one of the many revolutionary implications of this change is that the average person has the potential to access previously unimaginable influence. As is the case with any system containing countless independent units, clusters manifest, and leaders of those clusters find themselves wielding the greatest clout.

Seth Godin, best selling author and modern marketing guru, logically refers to these clusters as tribes. “Influencer” is a term referring to the leaders of virtual tribes, and today they are able to “make money through books, programs, courses, promoting brands and companies, sponsored posts, podcasts, brand ambassadorships, physical products (such as a makeup line), affiliate marketing, and more.” The increase in the perceived value of influencers results from the trust they wield that no brand or advertising agency is able to gain through traditional methods. This trust is an extension of the neighborhood effect, which explores how the characteristics of communities affect the life choices of individuals within them.

As a result of the ability to digitize the neighborhood effect, we see that today over 50% of users prefer getting product information from influencers and other users rather than directly from brands or advertising, to put another way, 50% of today’s customers are inaccessible through traditional marketing methods. The digitization of the neighborhood effect through influencers has resulted in drastically different market forces compared to that of your neighbor providing friendly advice. Influencers or those seeking influence (be at an individual, blog, or brand) are now driven by virality, and the implications of that change still yet to be fully understood. But one thing is certain, in the dog eat dog world of viral content, only the strong survive, and with that competition comes the increased likelihood that someone will use less than truthful approaches to enhance their online presence.

If you are an influencer paid by the degree of virality of a post or blog, the driving force behind your content generally changes for the worse. That is not to say that all influencers operate in this manner, rather that the less-than-truthful approaches become more tantalizing when your paycheck is in part supported by your virality. Blogs, for example, will often write misleading headlines to make every story seem more interesting, more dramatic, or more polarizing. Major blogs like The Huffington Post run by a different set of rules than their more overtly journalistic counterparts. Ultimately, however, blogs like the Huffington Post are still a business, and as such many would say they have a responsibility to its shareholders to return a profit.  “To do anything other than that is to cheat your investors. And in a competitive world, you don’t have much wiggle room here,” writes Godin. “You either do work you are proud of, or you work to make the maximum amount of money (it would be nice if those overlapped every time, but they rarely do).”

Is a system driven by virality as valuable as the money they make?

The Federal Trade Commission provides basic endorsement guidelines that help clarify when an endorser, advertiser, or influencer needs to disclose their relationship with whatever it is they are sponsoring, but it gives little ethical guidance as to where the line must be drawn for those seeking to achieve virality by any means necessary. However, is it entirely the influencer’s fault for enhancing their virality by any means necessary? The system in place supports such behavior, so where is their incentive to change?

There are Guides online that help new influencers con their way into the spotlight.  Deception such as fake views,  fake engagement groups, services that help trick algorithms like the one in Instagram into thinking an account is popular enough to be promoted, automation apps that execute things like follow backs, or account bait and switches where accounts build a following as fast as possible and sell their credentials to the highest bidder indicates at the market we have built around virality has inherent systemic flaws that should be addressed before the impact leads to unforeseen negative secondary forces.

There are guidelines that help those who are looking to work with influencers create a system that reinforces truthful and ethically sound behavior.   When working with an influencer, it might be worthwhile to create a Media Kit where you provide policies and best practices for your approach to making your brand, blog, or persona viral. You can even check the value of certain accounts now. It is incredibly important that you clarify your values in this kit, do not leave the space for anyone to misinterpret your willingness to sacrifice authenticity. Having authentic influencers on your side with authentic audiences will make this process much easier, a good leader allows for creative freedom rather than giving absolute explicit instructions. Having the trust that your influencer will behave ethically removes a series of considerations that will ultimately save you time and money.

However, another approach would be to completely hide the ethical benefits within a product manufacturing process or profit scheme, thereby allowing an influencer to more unabashedly pursue virality. Warby Parker, the Unicorn eyeglasses startup, donates glasses to those in need as part of their model oh, but “hides” their social mission in their marketing. Instead, they focus on the quality of the product itself.  Tesla had a similar approach to their electric vehicles, they focused entirely on performance and not on the potential environmental benefits of switching to an electric vehicle.

The nature of modern marketing and media allows the space for untruthful and unethical practices to enhance virality. It is the system that we built, and the system we interact with and reinforce, so if systemic changes are not to be enacted then the best course of action for anyone looking to use an influencer is to ensure that the influencer has an authentic community. Find influencers that love your mission and will support your values. An influencer can negatively impact your brand to the same extent that it can enhance it. Do not find people willing to chase virality by any means necessary, strive for authenticity, and the results will come. 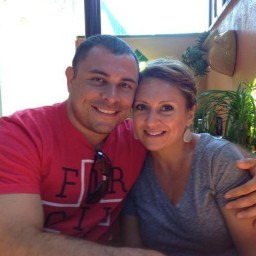 Improving the world one business at a time.